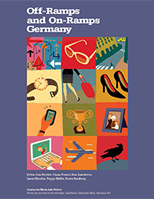 Five years ago our groundbreaking study “Off -Ramps and On-Ramps: Keeping Talented Women on the Road to Success” (see Harvard Business Review, March 2005), found that 37 percent of highly qualified women in the U.S. took an off-ramp—voluntarily leaving their jobs for a period of time. In addition, a large percentage took a scenic route—working part-time, reduced hours or flex-time for a number of years. All in all, more than two-thirds of the accomplished women who participated in this study failed to conjure up the linear lock-step progressions of a successful male career. For this they paid a huge price in terms of earning power and long-run promotional prospects. This research had tremendous impact. It was featured in hundreds of news articles around the world—coverage ran the gamut from the Financial Times and Wall Street Journal to the Hindustan Times and the South China Morning Post—and found its way into several high-profile books. “Off-ramps and on-ramps” entered the zeitgeist. If you Google this term these days, you’ll get over 1,280,000 hits. In response to this high level of interest, five years later we went into the field again to update the U.S. study (see “Off-Ramps and On-Ramps Revisited,” Harvard Business Review, June 2010). We also decided to go global, taking the off-ramps and on-ramps research to key economies around the world. We started with Germany in 2009 and have plans to take the research to Japan in 2010. Other country studies will follow. (5/1/2010, Report - 74 pages, also available in German)